Congolese drumming is a music of intricate beauty as well as power and funk. It is compelling. You can feel the drum beats go through your chest and then vibrate your hair after rebounding from the wall. It brings out energy and exuberance, bonds groups together and heals.

Listen to this! link

This web site is about Congolese drumming, especially in the Research Triangle area of North Carolina. Here, there is a large immigrant population from both Congos. Did you know there were two of them – the smaller Republic of Congo and the larger Democratic Republic of Congo (DRC)? Most of our music is from the smaller Congo but really a lot of these rhythms are played on both sides of the Congo river around Brazzaville and Kinshasa. Want to see where Congo Brazzaville is? link

In this photo Pline Mounzeo is on the left and Ken Wilson on the right. Pline lives in Raleigh and is a world class drummer from Brazzaville. Before moving here, he toured Africa and Europe, then was lead drummer for Bichini Bia Congo in Ann Arbor. If he’s playing here instead of Chicago or France, he is often joined by Ken from Chapel Hill. Ken has studied these rhythms for 40 years and worked with a lot of different teachers including Pline. They play at schools, cultural events, weddings, parties and clubs often joined by other drummers.

Here they are playing for a grand opening at 9th Street Bakery in Durham joined by visiting drummers from Brazzaville and their friend from Durham, Braima Moiwai. 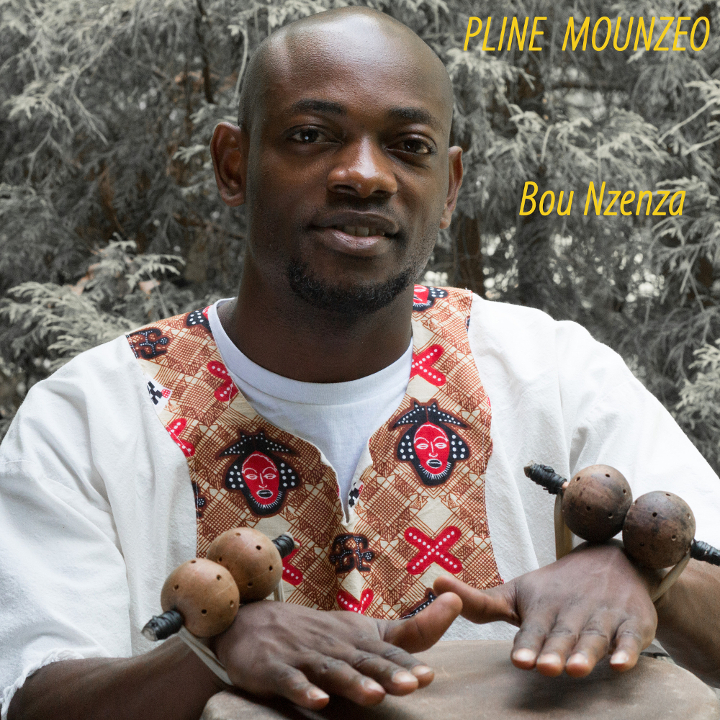 A few years ago, Pline created Bou Nzenza, an album made of songs that he wrote accompanied by traditional rhythms. Recorded locally by local artists at Double Decker Bus recording studio, it’s available at Amazon and CD Baby. 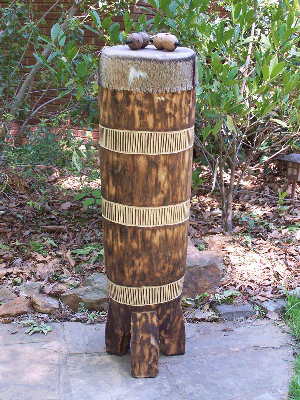 This drum is an ngoma, the drum they most often play. The word comes from ngo = the strength of the panther and ma = to give. Resting on top are wrist rattles called nsakala’s. Of course, there are many other instruments in Congo but these are the ones most often played here. They are made from a very light wood also used to make canoes. With light drums you can dance while playing them. Check it out! Maybe not for the old folks like Ken. But Pline can do it. Ngoma is a word used throughout Central and South Africa to mean “drum”. And it’s not just a drum. Ngoma is a whole tradition of healers, healing and social support. Here’s some more info about ngoma.

Congolese drumming is similar to West African drumming but the drums most often used - ngomas - are more deep-toned than the djembe. The lead drum parts are usually a little less ornate; the tempo is often a little slower and the lead is most often played on the deepest drum. If congas are used instead of ngomas, they are tuned low. Often, rattles called nsakalas are worn on the wrists. What is in the name of the drum? An ancient and deep tradition. In the local language of the Kongo people, ngo means “(strength of) the panther”; ma means “to give”. Elsewhere in Africa, ngoma means “drum”. Also, the root *goma dates back to the time of the Bantu expansion around 1000 BC and refers to song-dance ceremonies of trance and healing.

Today ngoma ceremonies are performed from Congo as far east as Tanzania and south to South Africa, wherever Bantu peoples live. Why are they done? To help groups of people deal with difficult issues like illness, death, rites of passage, marriage, political succession and conflict. Isn’t that interesting? Rhythm and dance as keys to people dealing with difficult issues. Actually, there are similar traditions around the world. Here is an example of ngoma from Malawi. link

But what is this all this about? To many of us, on the surface the video looks disturbing or even crazy. This is because our own culture is all about rationality and emotional restraint, often to the point of emotional denial. This has always been a problem – rational understanding is always limited, especially when it comes to emotions. In the ancient past and in ngoma, these limitations are dealt with by going deep into the human self. This is called using “integrative consciousness”. It is what shamans, possession mediums and great meditators around the world do and then help others to do – come to a deeper understanding of themselves and get in touch with their desire to connect, cooperate and help others. It helps straighten out the mixed-up parts of ourselves. The music, the drums help. This is what, for instance, the rhythm Zebola is for.

Ngoma is not all just about serious problems. The music can be to enhance the joy and meaning of a wedding or just to get together and have a good time.

Ava Vinesett, who teaches African Dance at Duke and is a priest in a Yoruba (Nigerian) tradition and Ken Wilson, a Duke doctor, wondered if ngoma type ceremonies could be helpful here in North Carolina. So they did a clinical study at the medical school to find out and sure enough, it turned out to reduce stress. You can read all about it online - https://www.ncbi.nlm.nih.gov/pmc/articles/PMC4523073/ and https://www.ncbi.nlm.nih.gov/pmc/articles/PMC5655458/

If you have a group that would like a stress reduction ceremony, you could contact Pline or Ken.

The Republic of the Congo or Congo-Brazzaville is located on Africa's west coast, bordering five other nations. More than half of its 3 million inhabitants live in the capital of Brazzaville, making it one of Africa's most urbanized countries. Though this web site focuses mostly on the music of Congo-Brazzaville, Kinshasa is just across the Congo River from Brazzaville and the music of that region of the Democratic Republic of the Congo (former Zaire) is very similar. Today, sounds of many cultural groups – Bateke, Bacongo, Baluba, the Lari people, people of the Eturi Forest region and others – can be heard in the Research Triangle area of North Carolina. 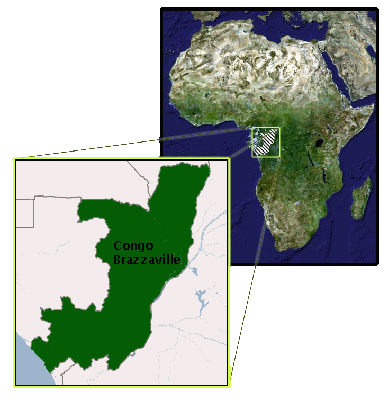